Hunger in our world today?
"A sad sign of a globalization of indifference...
slowly  making us get used to the
suffering of others as though it were a normal thing."
-Pope Francis

During a World Food Day ceremony in Rome, the Holy Father addressed the
UN Food and Agriculture Organization, noting in his message,
the harsh reality that a third of all the food produced globally ends up in the trash.

"This waste of food is one of the results of our throw-away culture
that often leads to the sacrifice of
men and women before the idols of profit and consumerism."
(for the full story, see the Official Vatican Network)

Those  looking to answer
the Pontiff's call to attend to the plight of our impoverished  brothers and sisters
can look to Catholic Relief Services' revolutionary work,
which has helped lift millions out of poverty since its founding in 1943.

CRS, the official, international humanitarian agency of
the Catholic community in the United States,
and the official overseas relief agency
of the U.S. Conference of Catholic Bishops,
is  currently working in 93 countries tangibly supporting those of us in need.

I'm seriously honored to be an 'official' blogger on behalf of CRS,
<yes me, how 'bout that >
one of a group of bloggers and journalists
spreading word not only around the humanitarian efforts
of this amazing organization, but  specifically as Lent approaches,
about Operation Rice Bowl.
Of course you know those iconic cardboard "rice bowls?"
Those staples of Lent that have become tradition for families and parishes
since their inception in 1975?

And wow, I may have been among the first group of grade schoolers
to excitedly grip  a nifty little paper bowl on my way home from school....
Our Lady of Lourdes in Queens on
Ash Wednesday in, oh,  4th grade or so.
I remember Mom making the rice bowl our "Lenten centerpiece" and I
was determined to make a difference by filling it up with "a dime a day"
as Sr Patrice instructed us!

For the past forty Lenten seasons, generations of Catholics have contributed alms
to Rice Bowl, the largest Lenten program in the US,
totalling approximately $250 million and alleviating hunger and poverty
right here in our own communities, as well as worldwide.

Joan Rosenhauer, executive vice president of
U.S. Operations for Catholic Relief Services states,
“It’s the right time to step forward and fill  each Rice Bowl with $40 and
make a lasting change for those who need our help.”

In addition to a collection of resources for educators,
parish leaders and parents,
CRS Rice Bowl app is easily for people to use on their mobile devices.

Still intrigued? 'Course you are.....
Then you'll want to follow my friend Lisa's Tanzania journal.


Right about now,  Lisa's wrapping up her mission with #CRS,
not just reporting  on Catholic Relief Services' efforts  in that area,
but working right alongside the team as they build, grow
and harvest crops alongside the amazing  people of
southeast Africa.
Here she is with the women of Chengena,
after they taught her all about  soybean farming!
According to Lisa, proceeds from rice bowl gifts help
these lovely ladies purchase seeds and tools.....
Further, the proceeds from their farming efforts
support their families in soooooooo many ways.

Let me wrap up for you all the important links and ways in which to connect with
CRS and their Operation Rice Bowl efforts:

CRS Rice Bowl can be explored here and is also available
in an easy to navigate, attractive app right here.
for mobile devices and laptops as well as for Android users.
CRS' can also easily be followed on these social media platofrms~
Google+
Pinterest
YouTube.
Facebook
Twitter at @CatholicRelief and @CRSnews

It's always a privilege for me to blog about the herculean efforts of
Catholic Relief Services......


Friends, as always,
thank you for stopping over and
spending some of your precious time
here at my home on the web! 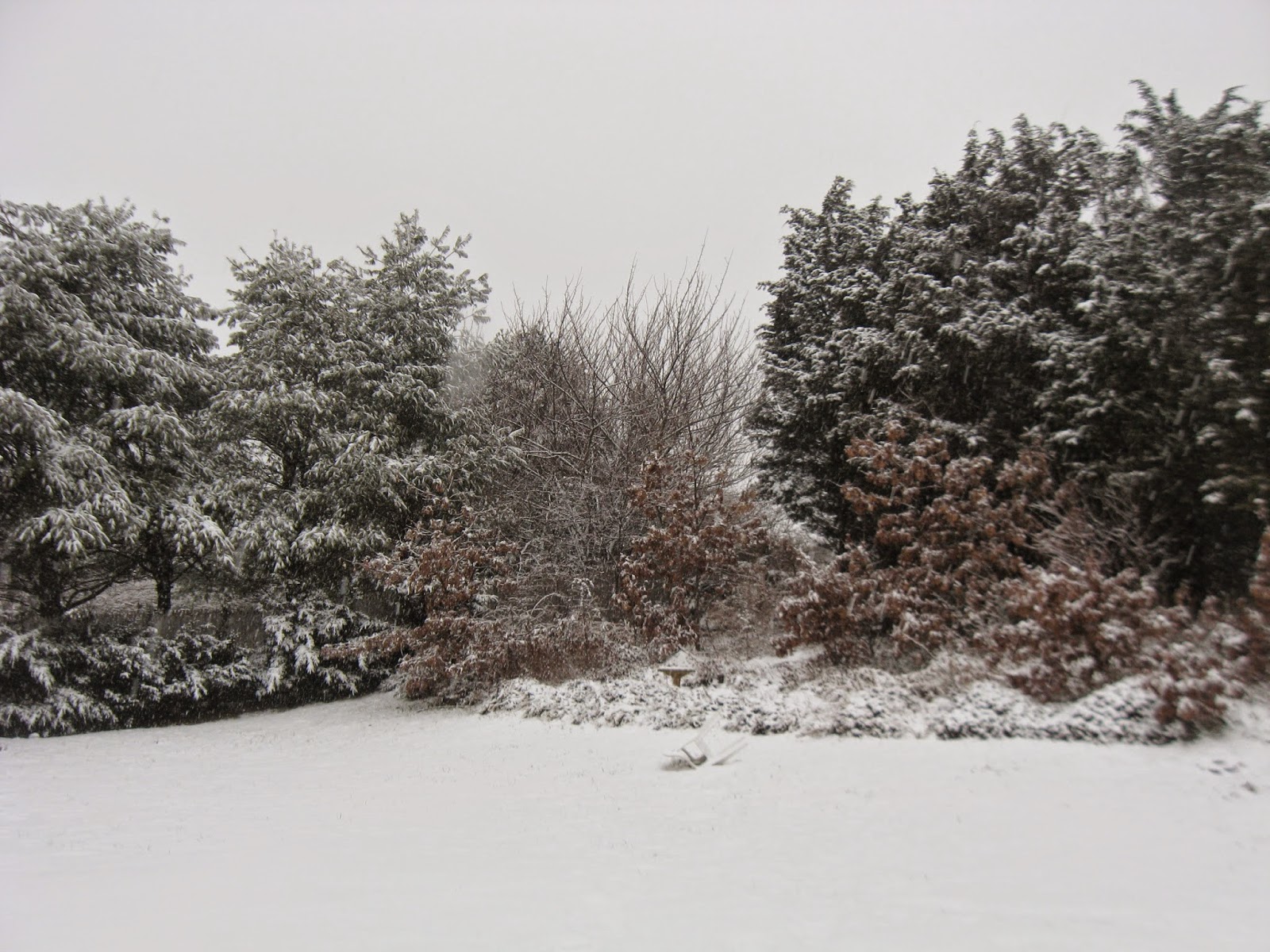 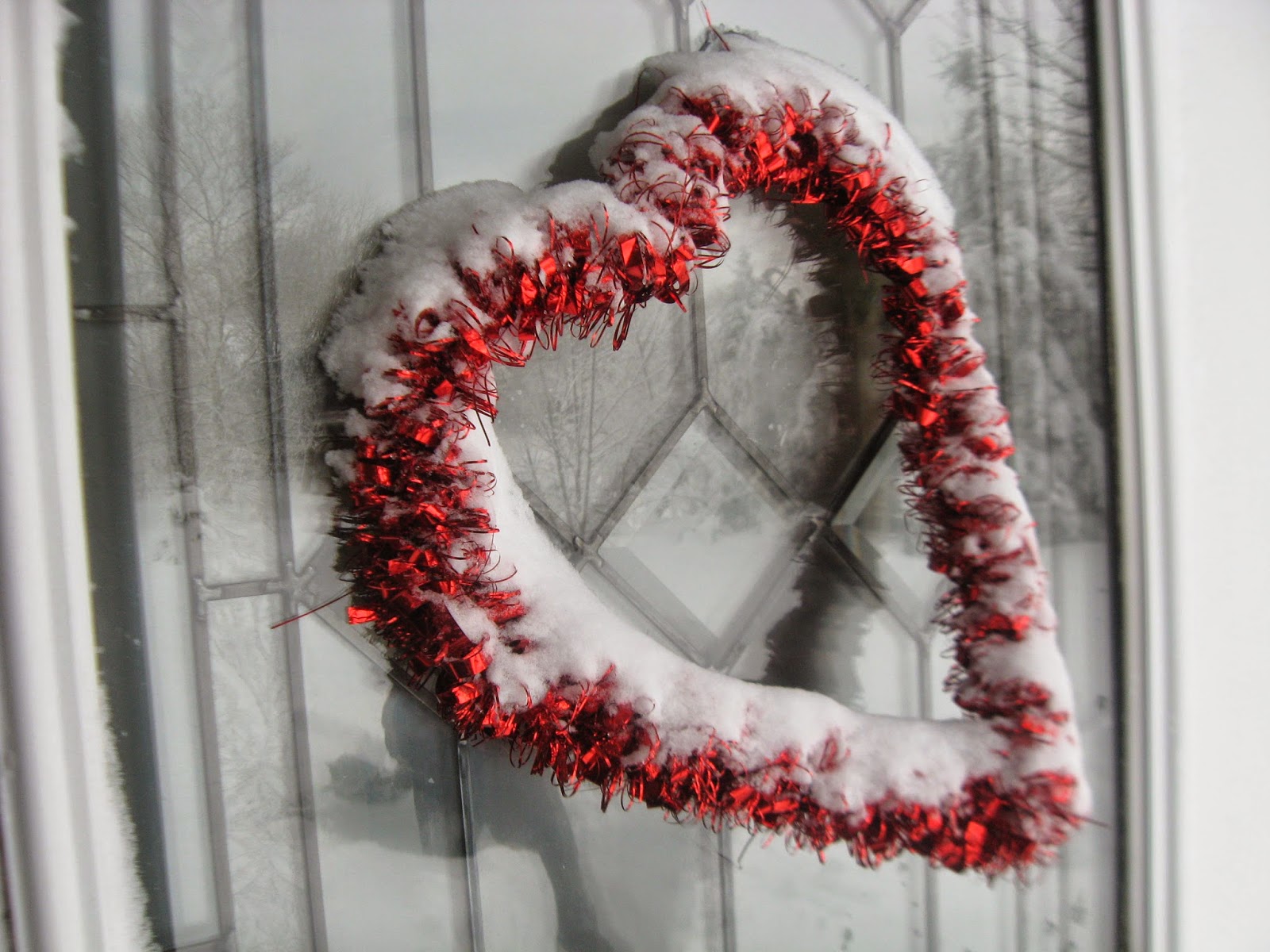 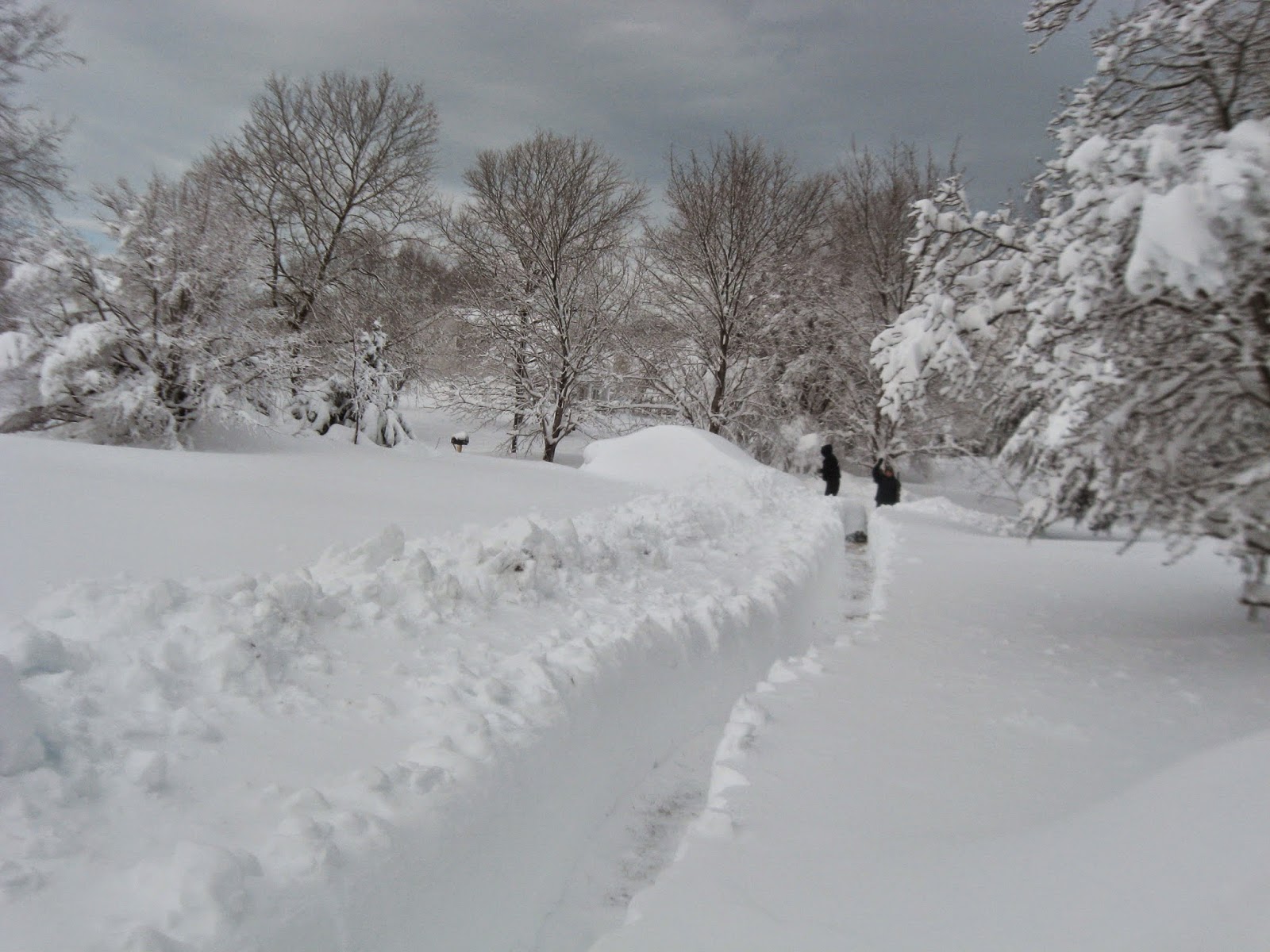 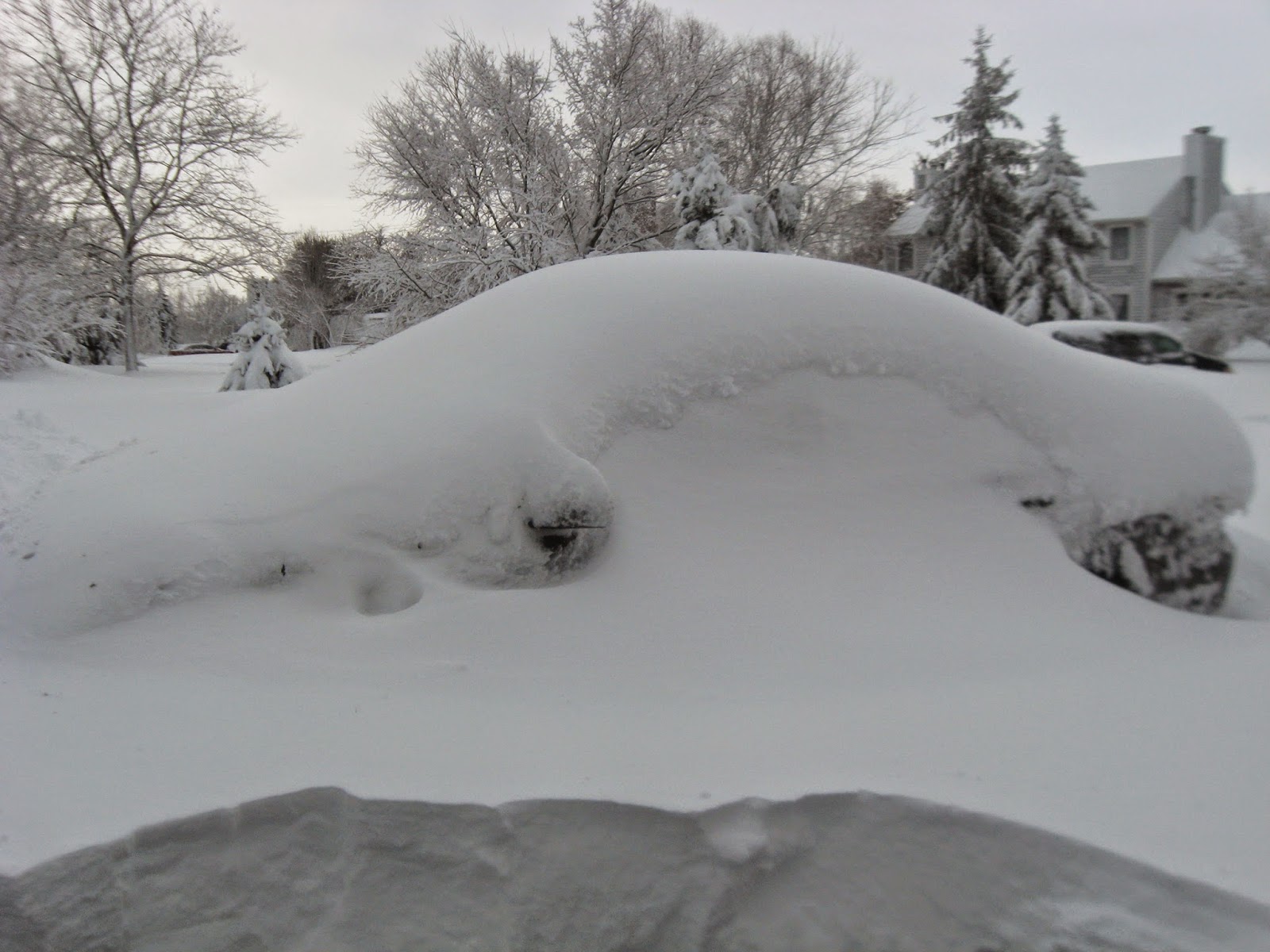 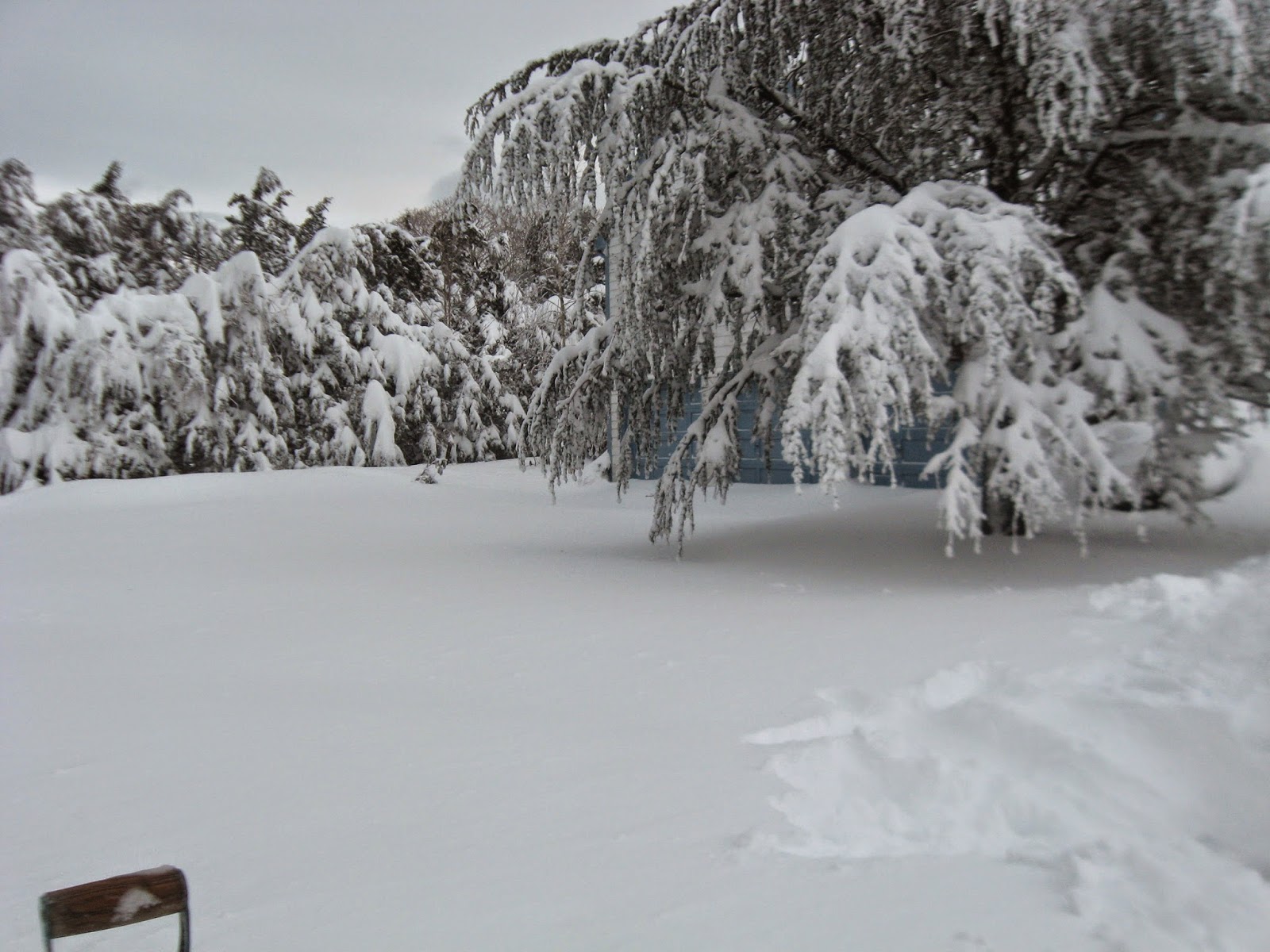 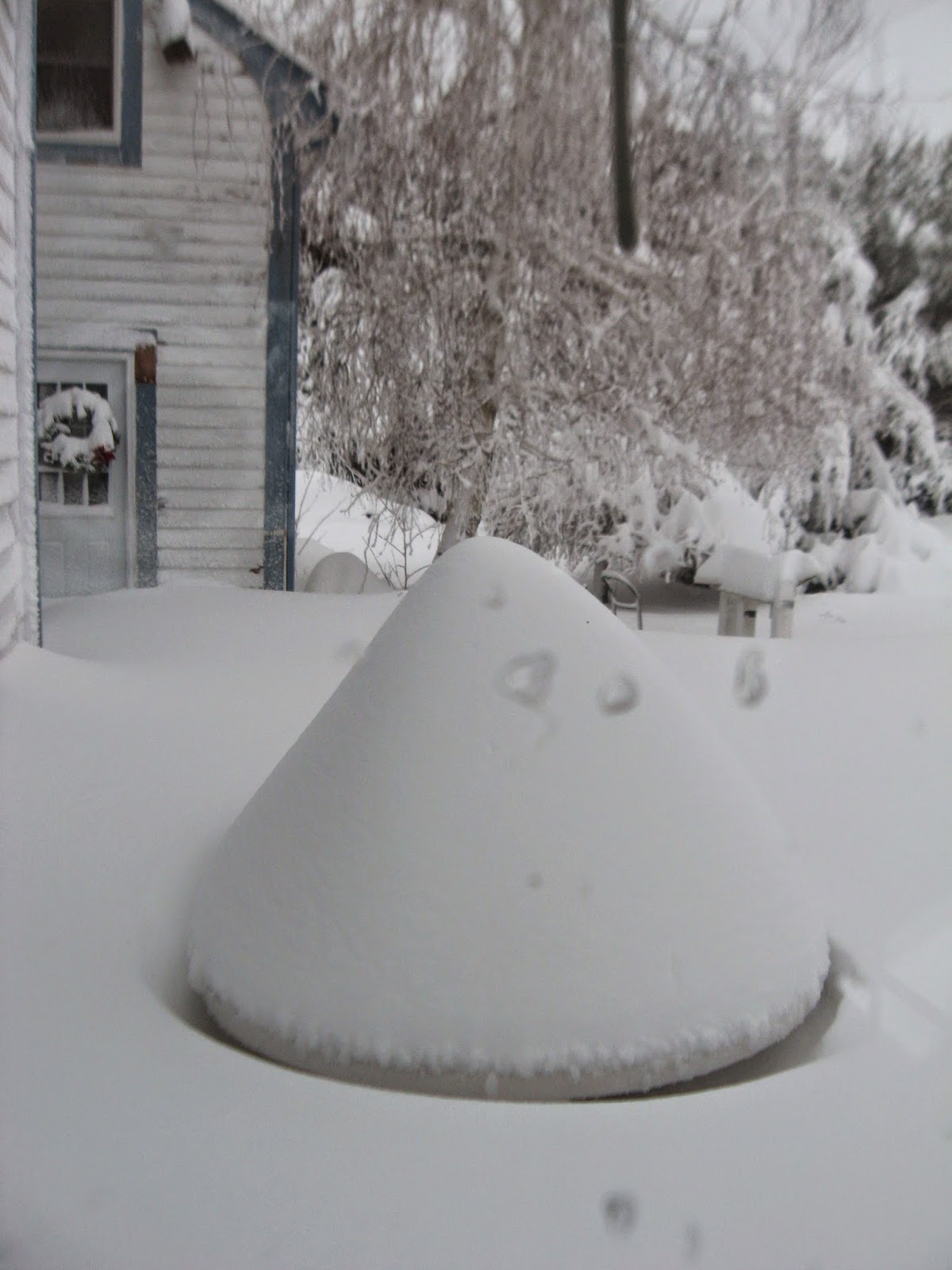 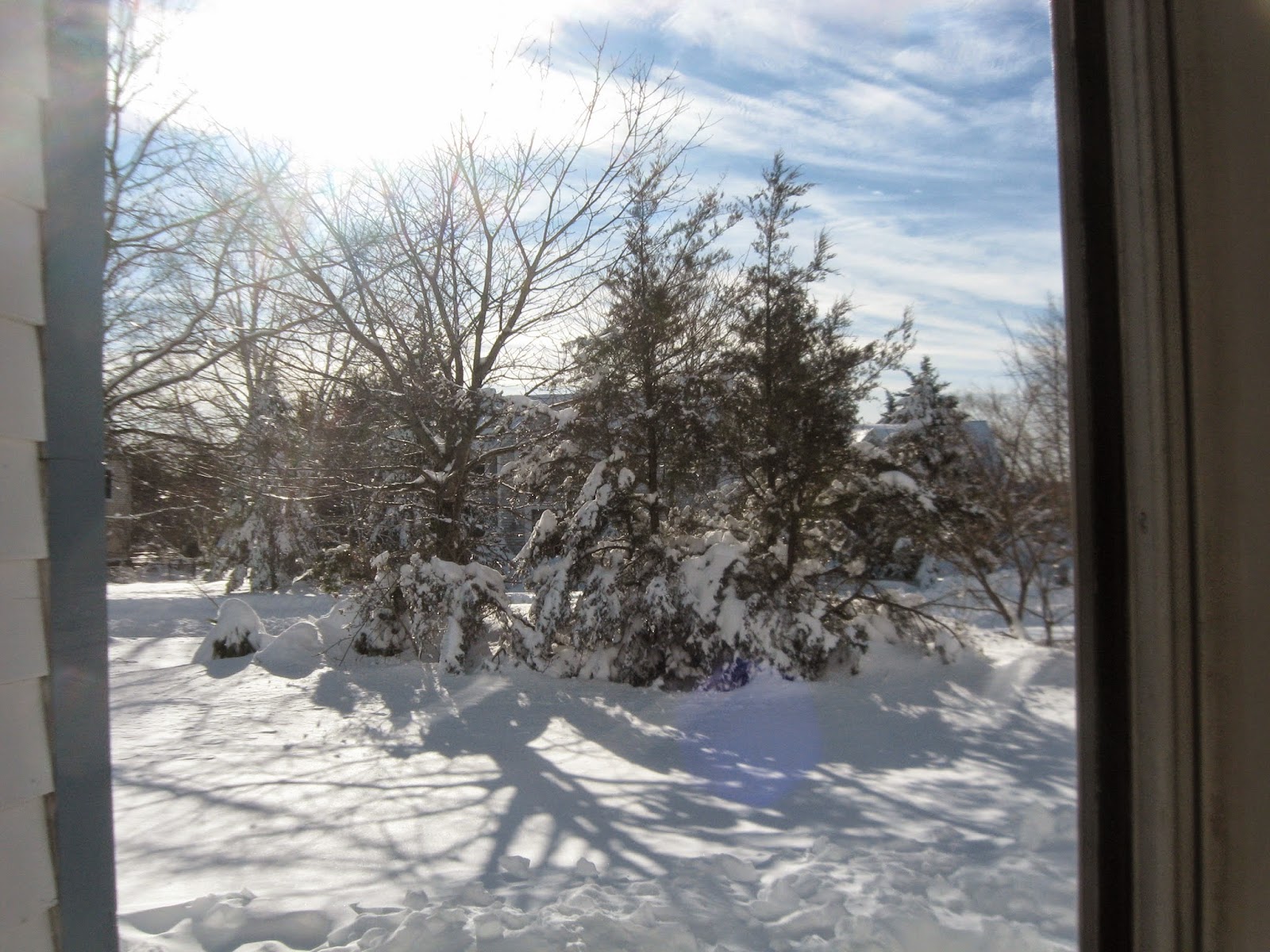 So regular readers will notice a hugely changed look....
and not by choice!

The company who supplied my <free>
background/ border/ header and most of my button designs
has disappeared, taking with it
the overall appearance of the blog,
its continuity and even some files.
Uggh.

I can only hope they  didn't encounter anything
un-toward that caused them to shut down.
Seemed like a generous group of people, offering their tech work to
all of us bloggers for free.

In the meantime and three hours later
<yeah, can you believe three hours to achieve THIS gargantuan mess?>
I'm gonna have to settle for this until I can come back
with a renewed sense of organization and some time to re-do.

Thanks for stopping in though and I do hope to have things
a little tidier and well, less horrific, soon!

Email ThisBlogThis!Share to TwitterShare to FacebookShare to Pinterest
Labels: Blogging

If you've been on social media at all today,
if you're a reader of homeschool blogs,
or even if you're a blogger yourself,
you've already seen the #HSBA2014.....
2014 Homeschool Post Blog Awards announcement
So all this awards fun isn't news to you.....
Buuuuuuut, I must stop in and share my excitement
and offer  my thanks to YOU!

Nominated in the Best Photos
and
Best Nature/Field Trip categories,
I have to say honestly...
with the help of that awesome camera I got from my guys
for Mother's Day,   this beautiful country of ours pretty much
wrote all my travel posts--
...whether from summer 2014 or summer 2013,
helping me, along with all YOUR support,  to claim Best Field Trip!
Pretty cool, huh?!

It sounds really cliche, but seriously, being nominated
is truly humbling, especially alongside such magnificent, hard working bloggers
who share their everything from their sublime to their serious.
The time and effort  poured out in one blog post,
the heart, soul, energy?
And all for love of writing, learning, sharing and  building community.
I tell ya, bloggers are an amazing bunch of
people who exemplify the term "big hearted."
That's why, although I'm touched and proud and humbled,
when there are winners, there are, well,  "losers," right?
That's just the name of the game.
But in my book, friends, no one loses.
I'm sure you agree.

So, do go and check out that list of winners...
BUT, be sure to return every single Wednesday
for the next  twenty weeks
as the HS Post rolls out the top ten bloggers in each category,
shining a spotlight on and sharing the efforts of all nominated!
In years past, I've  found numerous gems featured
who've influenced me and inspired me.

Now, the elusive element of time
to read and revel in the words, the beauty....!

So, while we're talkin' awards,
if you're into discovering a few aMAZing bloggers,
learning about Venerable Fulton Sheen
(and  if you'd like to cast yet another vote for
<ahem> Campfires and Cleats)
in the Miss Congeniality and Most Underappreciated categories
click here to read up.
Thanks you guys.

I'll be back soon to share the latest from Catholic Relief Services,
as well as updates on  my friend, Lisa's,  trip to Tanzania ( ! ) for CRS!

How much do you love Venerable Fulton Sheen? 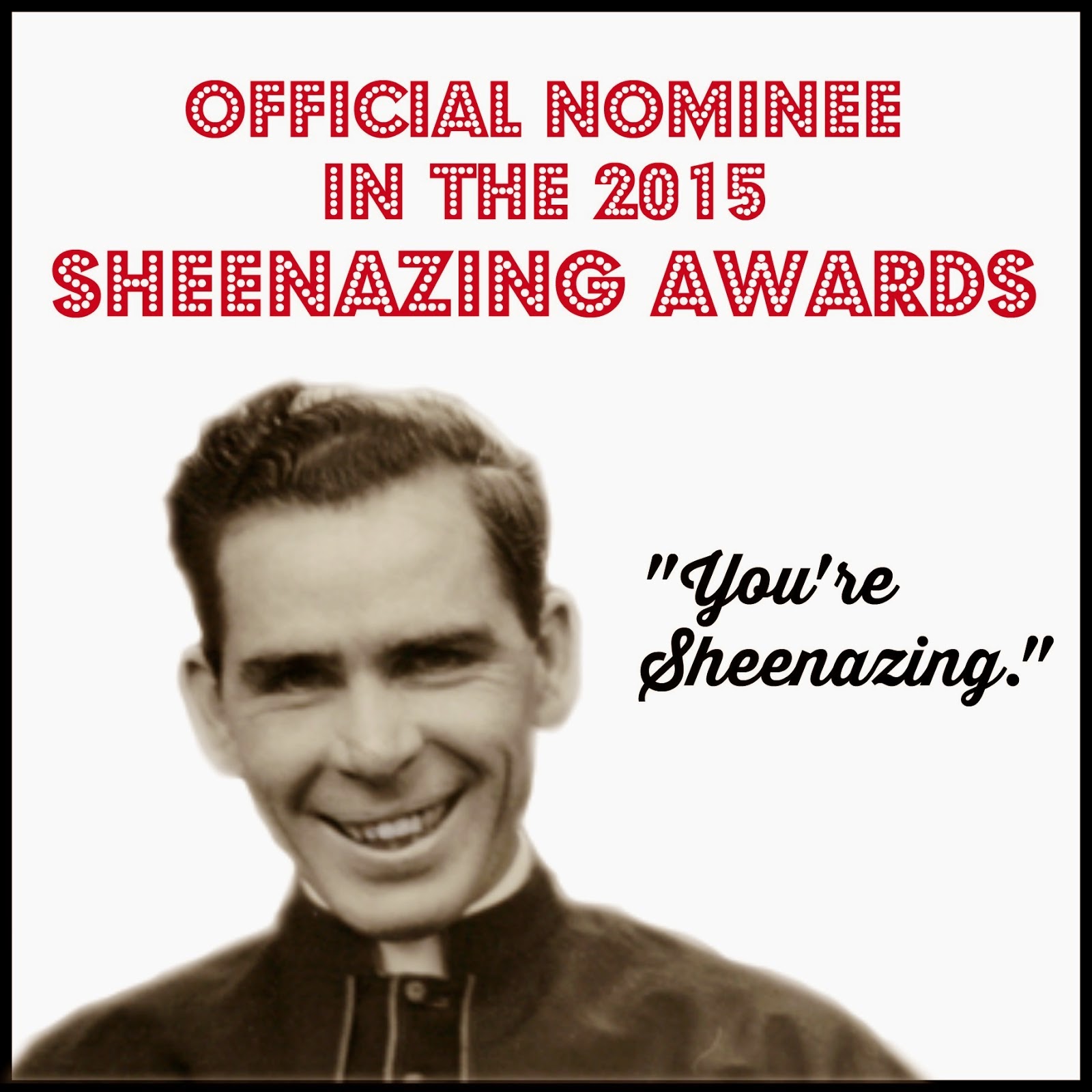 We have to assume that if was  alive in this digital age,
he'd be utilizing any means available to evangelize:
blogging, texting, you tubing,
Am I right?
His popularity is still surging.......
entire clips of his  radio and television shows
can be found on you tube quite easily and are
gripping, entertaining and inspirational.

His charisma knew no boundaries
and yet, his take-no-prisoners attitude with his messages
won hearts and converted many.

Now, for me to be nominated in the
"Miss Congeniality"
and
Best Underappreciated Blog
categories for awards named for this larger-than-life man?
Pretty AMAZING, I'd say!
Wow, I'm honored.
I'm humbled.
You guys are great.

THANK YOU to the kind souls who thought of me.
<hugs>

So there are two things:
One, of course, involves me groveling for your vote.
<ahem>
Yep, if you're so inclined and don't mind clicking over
to show  a little love to Campfires and Cleats,
that'd be wonderful and sooooooo appreciated.

And hey, while you're at it, mind if I parade a few of
my blogging friends and their homes on the web
for your support as well?
I mean, I don't want to tell you who to vote for or anything buuuuuuuuuut
<wink wink>

All those nominated and awarded Honorable Mention are awesome~~

Let's go category by category, if you will:
If you don't know these blogs, you should~~~

Tracy at A Slice of Smith Life

Best Under-Appreciate Blog
The best kept secrets of the Catholic blogosphere.
These blogs are small-ish.
Monica at Equipping Catholic Families

Birgit at Designs by Birgit

Most importantly,
aside from spotlighting amazing Catholic blogs,
the Sheenazings are such a boost to the
cause for canonization of Ven Sheen.
Please, please, click to Bonnie's blog to read her stories of
the <alleged> miracle involving her son, for which Ven Fulton is credited.
You will be truly astounded.

Thank YOU, Bonnie, for hosting and
for allowing us all to be a part of this.

Friends, as always,
thank you for stopping over and
spending some of your precious time
here at my home on the web!
And hey: 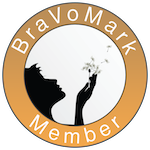 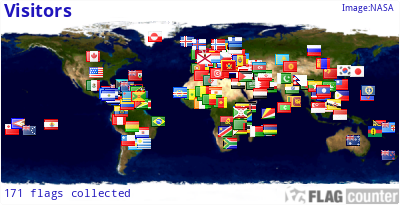